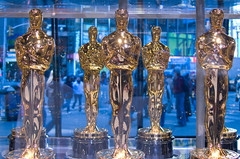 It is at last a nice change of pace to see that justice is finally served some of these celebrities.  Some of the Best court ordered community service stories of all time have recently been in the newspapers, throughout the Internet, and even displayed on television.  Nowadays, today’s society has seen some of these high-profile individuals that have made a tremendous amount of money, but yet do not see what they are doing to themselves and influencing so many folks. These celebrities do not even realize when they are the joke on many of the late-night television programs, nor do they care that they are being discussed throughout the Internet, and everyone is having a pretty good chuckle at their expense.
Society completely understands that yes, everybody will make incredibly wrong decisions at inappropriate times.  Unfortunately, because some of these celebrities are repeatedly in the public eye, and they continue to make the same mistakes over again, maybe some of these unique individuals think, because they have an enormous amount of money, or because they are parents has a lot of money.  They are above the law in regard to driving under the influence, disorderly conduct, drug and alcohol abuse, and in some cases domestic violence.

We have all seen throughout time with the intention of some of these high profiled individuals have thought with the purpose of. They were above the law, and they could be out of trouble, because of whom they were or who their parents are.  It is quite refreshing to see a judge finally, take a stand and have some of these influential people literally at times be humiliated, because they have not learned their lesson through the court system the first time, or the seventh, because they are repeated offenders.  Many of us have seen certain individuals be arrested for driving under the influence of drugs or alcohol and have their licenses revoked.  Unfortunately, the majority of the times some of the celebrities believe that they are above the law and still continue to break the law.  Some of these individuals strongly believe that if they go to a rehabilitation place.  Everything will be just fine, but let’s face it; some of them have been in rehabilitation seven or eight times and still arrested for the same exact thing.  If it was a common person who did not have the financial freedom to hire a superb attorney, they would serve time would be general public.  Instead of having their own private cell to watch TV, and carry on like they normally do, and in most cases a celebrity will have house arrest, which means that they cannot go out anywhere, but people can come over and visit them.  How are they serving any time?

It is quite refreshing, that some of these judges are getting completely tired of these-profiled individuals getting away and doing whatever they like.  Some of them are being arrested and sent to the general population of the prison and within twenty-four hours.  They are back in front of the judge, crying that it is too difficult for them to handle causing them mental distress; nevertheless, some of these judges are now saying that they are no better than other individuals, which have done the same crime.  However, some of these judges are also coming back and saying okay.  It’s too difficult for a celebrity like you and having these influential people perform community service.

Nowadays, many of the judges are using alternative methods for their high profile celebrity cases.  They are making some of these celebrities to perform large amounts of community service that will probably become influential in a juvenile who looks up to this individual.  Some in the higher authority of law enforcement are having them make an enormous amount of friends on Facebook that will hopefully discourage young individuals to enter the same criminal activities that which their celebrity was arrested for.  Others are making them perform a benefit concert that is free for the less established individuals that would normally not be able to see a concert.  Although other judges are making some of these individuals return to the poorer section of town to become big Brother or sister to the less fortunate, and at the same time, other judges are making some in the music industry become an influential role model that can teach a group of teenagers how to play a musical instrument, or to give a group singing lesson.  Suitable recently there was a high profile celebrity who was just assigned community service, because they believe that this celebrity is above the law and in fact.  This person is a superhero, and will have to dress up as a cartoon character to deter crime in a youth organization for an enormous amount of time.